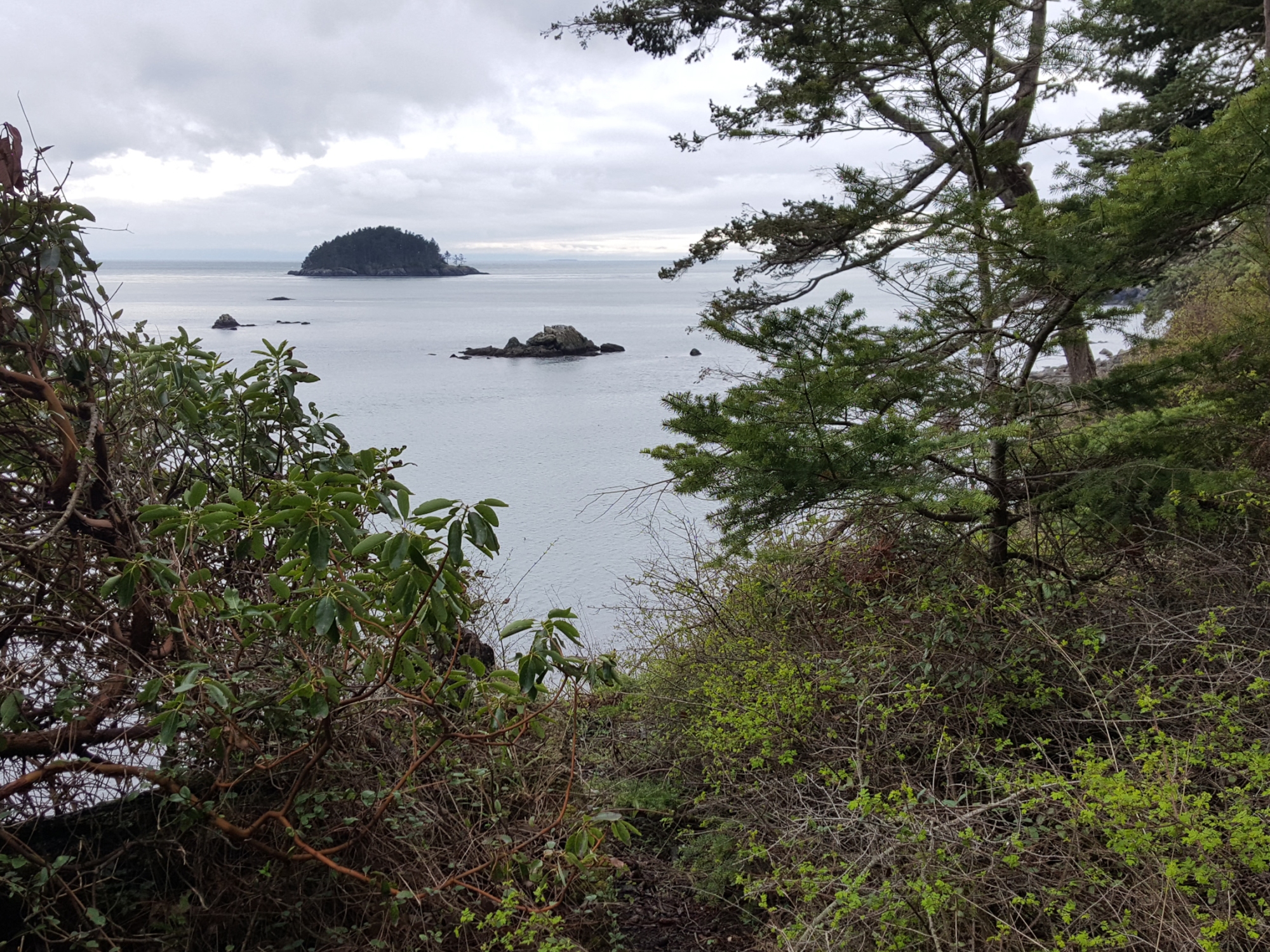 We pulled out of Spokane at 8:30 in the morning, the drive went well and six hours later we were pulling into Anacortes, Wa. We kept our eyes peeled for tulips but because of the cold spring none were showing any color yet. Our first stop was Deception Pass State Park and the trailhead for Rosario Head at Bowman Bay. From the trailhead we headed right out of the parking lot heading north. The path passed through an old CCC camp and Campground that offered spectacular views of Bowman Bay including Gull Rocks, Rosario Head, Deception Island and Lighthouse Point. The trail entered a dense coastal forest before climbing steeply at times along cliffs offering sweeping views to the salt water and rocks below. Along the trail we discovered a monster slug just like the ones i remember running into when i was a kid, the kids got a kick out of it. Kylie, being the lover of bugs she is, picked one up and coddled it, we also discovered a bunny along the way that the kids fell in love with, what a treat.

Making our way along the trail we often paused to take in view of the straights, we passed several impressive madrona trees, definitely my new favorite tree, just can’t get enough of that smooth red bark with sprawling branches, looks like something out of the Serengeti. We cruised along, I was more than thankful for the handrails provided at steep sections of trail that were exposed, kept our kiddo’s safe. Eventually the trail made its descent, where we found a junction near Rosario Beach, we went left.  A short way along the trail we discovered the Maiden of Deception Pass, a 23 foot tall cedar totem pole that tells the story of the Maiden of the Samish people’s relationship with the Salish Sea, placed at one of Samish peoples traditional tribal camps, and what a place to camp it must have been! After taking in the sculpture we went right, down to Rosario Beach to explored the tide pools. Lucky for us Robin discovered a starfish, kids got a kick out of that. Jameson was quite adventurous and was determined to explore further out over the slippery rocks than the rest of us, but unfortunately didn’t find much. Lucky for us, a great blue heron paid a visit, perching himself on rock just a few feet from us, we took the time to watch him as he searched the waters at his feet for an opportunity to catch himself a lunch. After bidding farewell to the heron, we ascended the beach toward the direction of the Maiden.

Jameson and i took advantage of the opportunity to walk out on a dock extending into the bay at Sharpe Cove while Kylie and Robin used the restroom. Back on land we picked up the trail heading left making the loop around Rosario Head. We kept the kids close for a fall here would be disastrous, the kids were good and listened. We made our way around the headland while taking in spectacular views all around, islands, sea stacks, it was magnificent. After taking in the views we completed the loop with a steep descent back to the maiden. We made quick work of the trail out passing madronas before finally descending to the CCC camp where we opted to walk the beach back to the car. The kids had a blast exploring the beach including kelp beds, shells, rocks, deteriorating crab backs and gulls. What a great hike, 2 miles total with a few hundred feet of gain.

After the hike we cruised across the bridge onto Whidbey Island so the kids could check out Deception Pass from up above, man I love this area, takes me back to my summers as a child, we camped here almost every year. Back in Anacortes we checked into Anaco Bay Hotel, a nice little mom and pop establishment before going out for dinner at Bastion Brewery where the food and beer was awesome. We even got there just in time for trivia, the kids had a blast too, as they had lots of games and even a dress up area that Kylie was all over. She spent the night visiting mom in dad in various types of costumes. For more pictures click the link. Rosario Head Hike 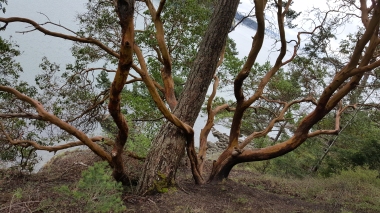 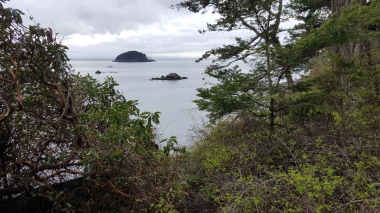 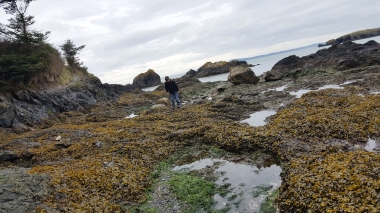 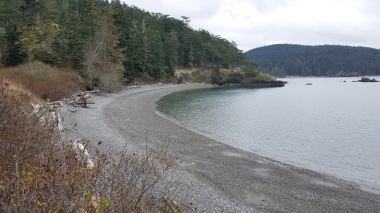 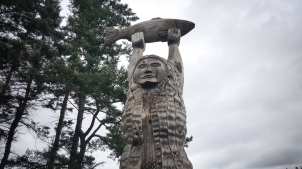 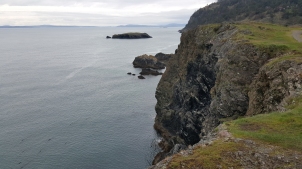 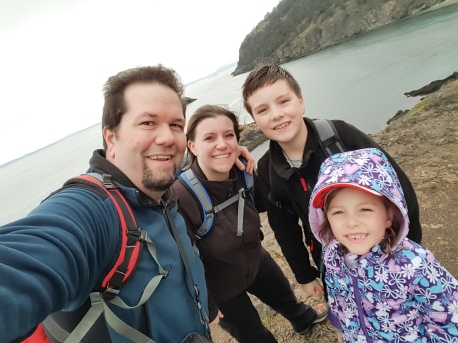 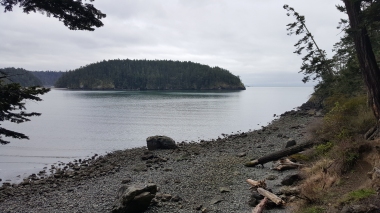 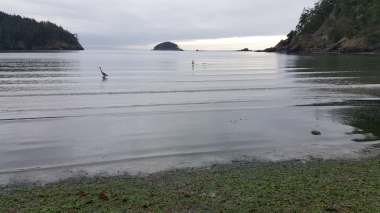