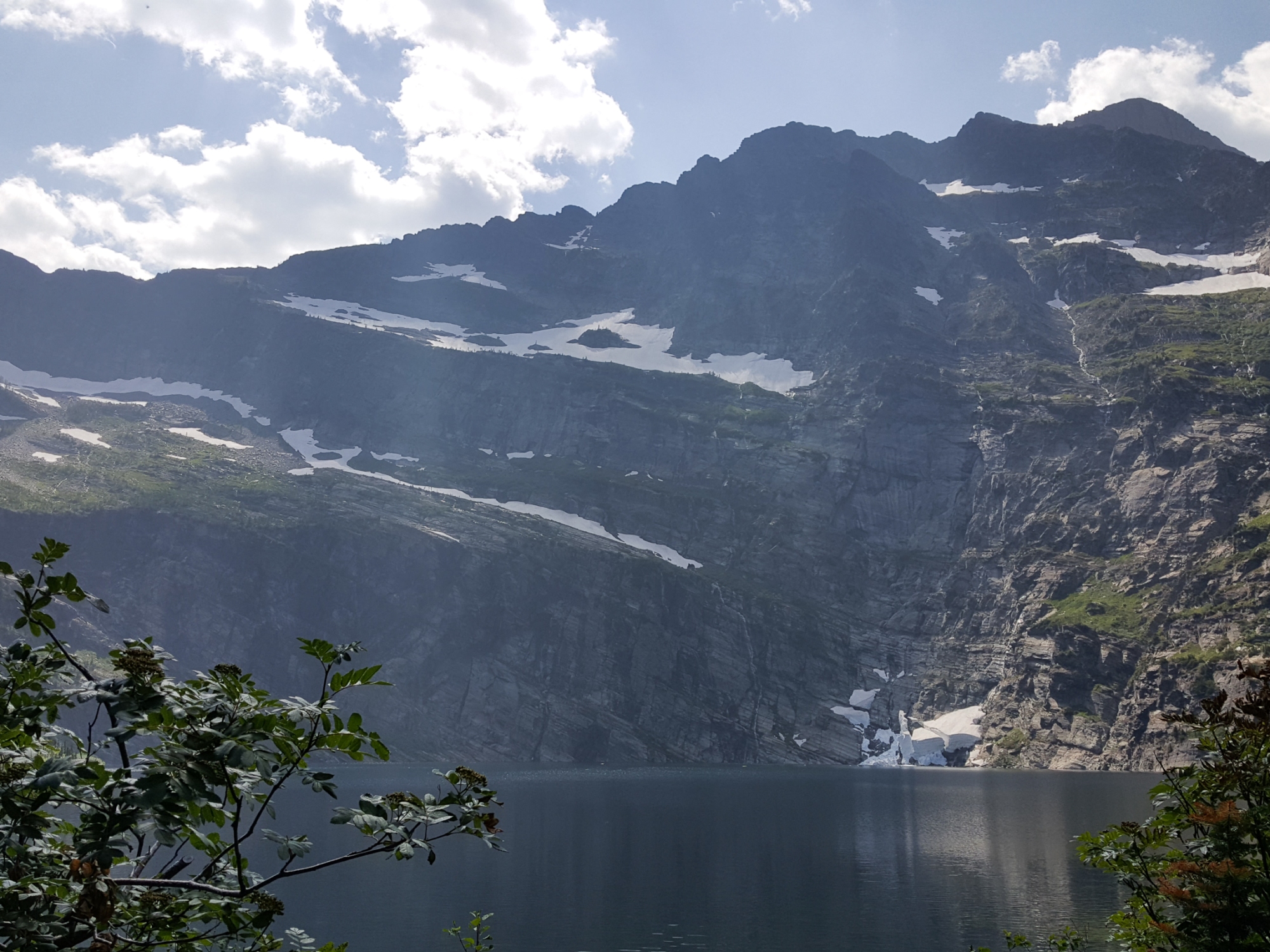 We Slept in a bit before crawling out of bed and enjoying a cup of coffee by the fire. After breakfast we lazily packed the car and made our way out to highway 56 where we went left toward Troy, Montana. At the junction with highway 2 we stopped at the invasive species boat check where we waited in line forever to make sure we hadn’t trafficked in some invasive muscles from Nevada. Back on the road we made our way through Libby where about 7 miles south of town turned west on Bear Creek Road toward the east slopes of the Cabinet Mountains. The Cabinets have long been my favorite place to hike in the inland northwest and i was finally gonna get a chance to show it to the whole family. Eventually we reached the trailhead for Leigh Lake where we found about 8 other cars already ahead of us.

After loading provisions we passed an awesome rock table and chairs before picking up the steep trail into dense forest. I was thankful for the tree cover and the cool ties because it was already getting hot with forecasts into the upper 90’s. This trail is steep, especially for Kylie who had just turned 7, she had to use all 4’s just to keep up with us. Jameson is turning into a dang good hiker, this kid never complains and usually leads us up and down the trail. We climbed for sometime before the trail leveled out some then dropped a bit to a somewhat precipitous crossing at a dry creek bed, this would be our first spot of many that was a bit exposed. We trudged on along a rocky ledge below some fragile looking cliffs before reaching a rock fall at a switchback, the first of many as we hiked and sometimes scrambled up the steep trail. Leigh Creek was in earshot most of the hike but the closer we got the head of the canyon the steeper the creek and falls became before eventually reaching a significant waterfall. We lingered near plunge pool at the base of the cataract to devise a game plan, either make the knee deep ford across the creek and up on better trail or hang a right and climb the gnar straight up the mountain, we took the first option. I crossed first to drop off my trekking poles before returning to carry Kylie across, next went Jameson with ease and last but not least Robin. Now across the falls we took a break to chill the cool ties and catch our breath for the final push.

The view down Leigh Creek was impressive. Just as we were about to leave the falls, a couple passed us coming down the trail and told us a story about chunk of ice that calved off the far end of the lake sending a mini tsunami across the surface forcing the two of them to scramble for higher ground, what a treat!  After saying our goodbyes we continued up the less than spectacular goat trail over fallen trees, big ol stones, and another exposed section before the trail leveled out a bit as we crested the head wall entering the lake basin. We passed a perfect natural pool trapped between two falls that would have been delight to soak in if one had the time, we didn’t. Pressing on the trail got brushy, then brushier before reaching a faint trail junction where we went right toward the lake which we could now see in the distance. Just when things couldn’t get any brushier it was now above our heads, it was impossible to make out a trail, you had to feel for it with your boots. I could no longer see Kylie and only knew she was there by the sound of her voice as she squealed owe as she took her lashings from the brush. I was already bleeding from both shins so I could only imagine what it was like for her, she is a beast. Eventually the brush opened up at a lone campsite big enough for one tent and just beyond it, the prize.

Leigh Lake is an impressive sight to behold, the second largest lake in the cabinet mountains surrounded by precipitous cliffs and the dominating summits of Snowshoe Peak, the highest point in the Cabinets to the west and imposing Bockman Peak to the north. We dropped the packs near a log bench and made our way to the water, which was surprisingly warm.  Robin, Kylie, and Jameson all went for a swim. I was reluctant at first but Robin was able to talk me into dropping my kilt and going for it myself, it felt amazing and was just what i needed. We lingered for a while considering we had a nice small beach all to ourselves, it seemed most hikers go right at the falls putting them on the other side of the outlet stream, a good ways from where we were. We enjoyed a snack while we dried out in the sun and listened to the snow field on the opposite side of the lake moan and groan under the oppressive heat of the day. I was hoping we would be so lucky to watch a chunk of ice break off but it wasn’t meant to be.  Eventually we had to get going so we got dressed and shouldered the packs. The hike out wasn’t too bad, much better than the way in and before long the cheers from the children signaled that we were back at the trailhead. Leigh Lake makes for an amazing day hike if your ever in the area, we covered about 3 miles with 1,400 feet of elevation gain.

After our hike we drove back through Libby but this time swung into the Cabinet Mountain Brewery to enjoy a couple of beers and snack on the patio, it felt so nice. Once out of Libby we made quick work of the highway but swung into Savage Lake to scout it out for possible paddle trip, it was splendid and made for a change in plan for tomorrow. Back in camp I loaded the lasagna into the oven while Robin got a movie going for the kiddos before her and I made off to the lake for quick bath before dinner. After dinner it was a couple s’mores for dessert before turning in for the night. For more pictures from the hike click the link. Leigh Lake Hike 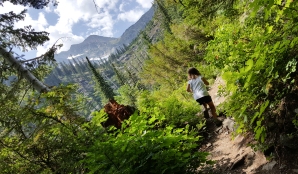 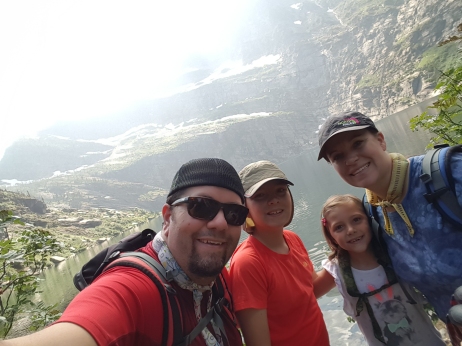 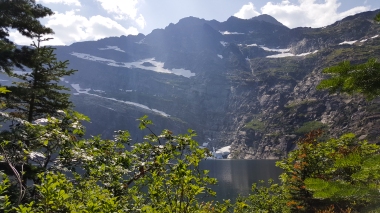